How can I be a mother if I never gave birth?

Exactly sixteen years ago, I was in labour.

It’s not a terribly traumatic story. It’s not too long – 22 hours from waters breaking to meeting my baby. A pretty normal first labour.

But the fallout and my feelings about pregnancy and childbirth still caused me to ‘walk out’ of a meeting of mothers, only last week.

My waters broke at 1am. By 5am the midwife thought I was about to give birth on the landing of our house in Sheffield.

Shortly after this, it became clear that my baby and I were back-to-back.

Followed a long 12 hours, the majority of which was spent with my husband pressing his hand on my back to reduce the pain. It’s a moment we both remember fondly, as he managed to successfully wedge his hand in the right place, fall asleep and snore – just what every woman in labour needs! I still admire his creativity in the moment though.

Eventually, it was an ambulance to hospital. An epidural. And ended in an emergency C-section.

I will never forget, a minute after being told ‘your baby is in distress’, a couple of proper Yorkshire women appearing with a tape measure to measure my legs for surgical stockings.

“Erm… I’m not sure if you got the message, but I’m trying to give birth right now and my baby is in distress – is this really the moment for a tape measure?!”

I didn’t say this, and shortly after I saw my baby. Wrapped in a towel.

He was held up to me from afar ‘It’s a boy’ they said as they crossed the room. ‘A what?’ I said (I was convinced he was going to be a girl).

And they left the room. Gone.

This, was not how it was supposed to go. 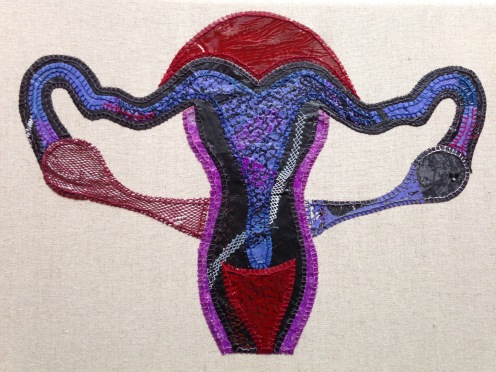 We had attended antenatal classes but had stopped going after the long session where we spent, what felt like forever, writing lists of things we’d need.

We had this stuff in hand.

And after I had been frowned upon and asked why I wanted to know what would happen if I had to have a C-Section (in fact, the best question I ever asked), we had had enough.

But we had been to enough sessions to know that the ‘right way’ was to have your baby put straight on you – skin-to-skin contact – important for bonding with your baby. It wasn’t put to us as a good option. It was crucial. No question.

But there I was. Open on the table. With my womb on the outside of my body being manually contracted to stop it bleeding (apparently). My baby had been taken away. I hadn’t even seen him naked. And my husband was hovering in a stupid hat and massive wellington boots.

This, was not how it was supposed to go.

When they placed him on my arm and shoulder as I lay there being stitched back up I looked at him and thought ‘Hello there – you don’t look like a Samuel, you must be George’.

It took days to announce his name, but for me, there was never any doubt.

I remember being in recovery. The nurse said he needed to have a bath.

I was still unable to move and remember the feelings of panic, but resignation – what choice did I have? – as the nurse, assisted by Matt (at least), washed away all that slimy new baby womb-i-ness. We had still not had skin-to-skin contact, and they were washing away what, in my head, was a crucial part of bonding with my baby. My journey to being a mother.

Slowly, the doorway that surely every woman goes through, to become a mother was being stolen away from me.

That image of the exhausted, sweat-ridden mother with new messy baby on her belly.

For me, that was the point where you become a mother. You’ve achieved. The greatest thing a woman can do in this life. Pushed a whole human being out of your vagina.

This is what entitles you to the name Mother.

You and your baby in that messy but exquisite first embrace.

And that, was not what was happening.

They placed him on my chest after his bath and he literally crawled (he was an early starter!) up my body to reach my breast and started feeding.

We were back on track, but I think the damage that would live with me, was already done. 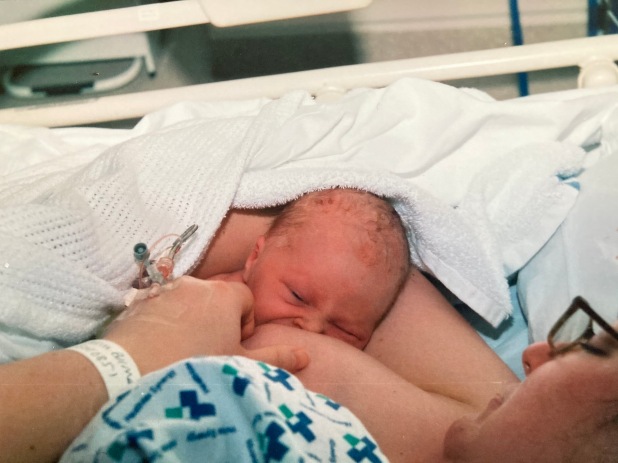 I never went on to have more kids. I wasn’t able to due to suffering severe Endometriosis. Infertility is one of the symptoms caused by the condition.

So I guess what started out as ‘just not what I had expected to happen in birthing my first child’, became a deep-seated hope to do it again. To get it right. To become a ‘proper’ mother. 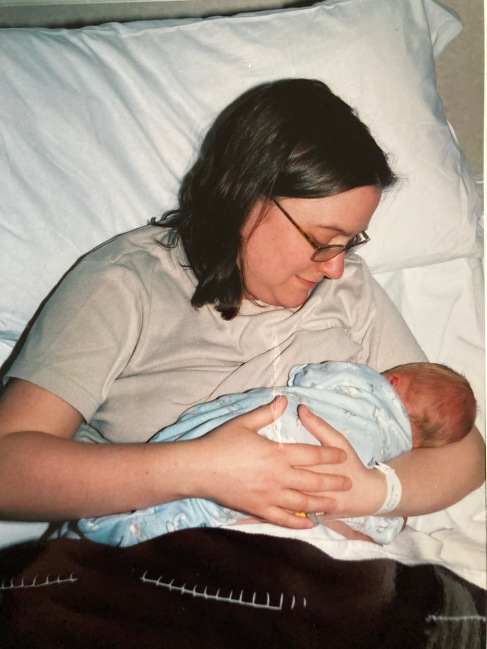 We have just lit the candles on my son’s birthday cake and sung Happy Birthday.

There is no doubt that he is my son. I am his parent.

We have a bond as strong as I imagine possible. We laugh a lot. We play Minecraft together. We watch cooking videos. We snuggle up on the sofa together. We play music, listen to music, watch films. We go for walks – both of us terribly reluctantly. And we hug goodnight. Every night.

So what is it that makes me feel so deeply and acutely that I failed somehow to deserve the title ‘Mother’? That I am a fraud to dare to call myself it? Enough to send me running from a room full of ‘mothers’ talking about giving birth, sixteen years later?

I still have no answers. But I do know that I’m not alone.

In the UK 1 in 4 women have C-sections, so I guess that by sharing my story I hope I might open up a conversation, if only with one woman, or maybe a couple, about the journey to being a mother who hasn’t given birth.

5 thoughts on “How can I be a mother if I never gave birth?”