I left you last when my long-awaited surgery had been cancelled, back in July. Much water has passed under the bridge since then, and now seems to be the day to catch you back up on it.

It took me a while to recover from the shock of the cancellation. I was in bed for days, first sick, and consequently just exhausted.

But eventually I was able to pick myself back up again and the summer passed quietly.

No holiday as such, we had been led to believe the operation would still take place within the following four weeks, and my husband still needed all the leave he could get for when my operation eventually happens, so he returned straight back to work – yes, incredibly hard on him. 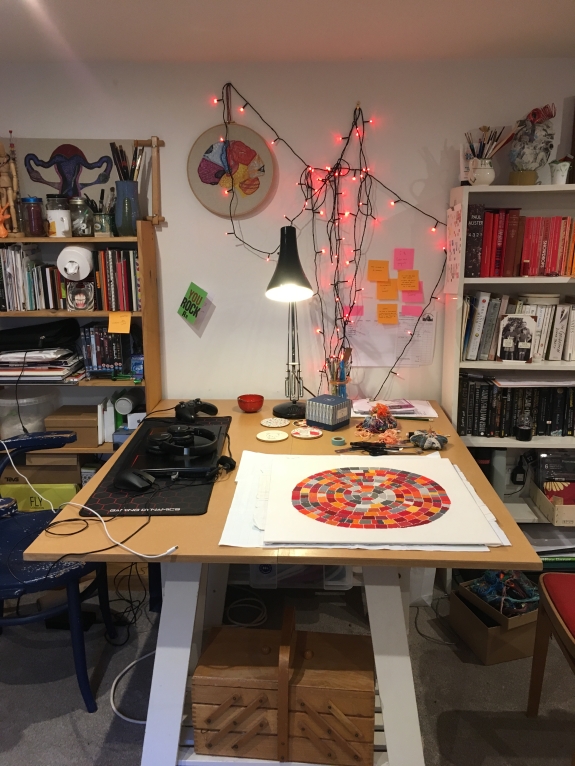 My son and I resumed our usual positions, opposite sides of our ‘creative table’.

He too needed time to get his head around this sudden change of plan. I think on the whole a good change from his point of view – I was going to be around all summer.

He’s very used to me being ill. A large part of his upbringing has been affected by it, but he too had had to mentally prepare for the operation, best any of us could, for me being in recovery, with sight of a brighter future.

He’s a teenage boy though and I am sure the thought that it might not have to always be him dashing up to the supermarket to grab last-minute stuff, running upstairs to grab things I’ve left on the wrong floor, will have occurred to him!

It was a funny time as I watched the work I had turned down, on social media.

Not working didn’t give me any better quality of life though – I guess I hoped it might – not having to get out of bed in the morning, not having to be anywhere at a certain time, not travelling – boarding buses, trains and planes.

I still couldn’t nip to the shops, go out for a day, even go out for a meal without having to pay back massive rest time into my fuel system.

But at least I had the time and space to do those things. 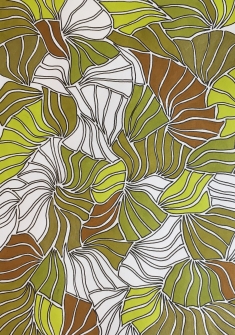 However, there was a positive outcome to be had!

Please don’t allow yourself to think ‘maybe it was meant to be’, it has already been said to me. Know that I can’t hit you from here, but if I could I’d be sorely tempted!

It was positive, and I’m very excited about it, but in no way was it compensation enough for all that we went through (and continue to as a result).

But I did make some amazing progress with the commercial side of my artwork.

I sorted out work that can be reproduced easily. I met three printers. Had two meetings with people about setting up an online shop. Read a book about how to price your prints (eek, that’s a horribly hard one). Purchased a variety of frames. Framed much of my work. Set up ‘studio’ for photographing my work, both in a photographic tent and in ‘lifestyle’ settings.

I took an order for a triptych of poster-size works.

So I made an A2 version. It didn’t work.

I made an A3 version. It didn’t work.

I made an A4 version. I blew it up to A2. The resolution wasn’t good enough.

I established it could be blown up to A3 and sent it to a printer in Cambridge to be printed on Art Paper. I sent a colour sample/swatch to match the colours.

But I wanted an A2 version.

So I took a set of Art Paper Samples and worked out which of the papers might take the ink I use on an A2 print. I made a Skelton Scan of an A2 version and sent that to the printers. I will then colour it in, send it back and voila, fingers crossed I will have an A2 print!

Only when this returns from the printers will I be able to set about making large versions of the other two prints that will make up the triptych.

It’s a long process and I am really aiming for as near to perfection as I can.

And I can do it sitting down.

Winning in every way.

And then a letter fell through the letter box.

I had just returned to work.

I hadn’t been optimistic that I’d make it had my surgery gone ahead, and there really is very little in life that beats the rush of the Albert Hall during the Proms.

The gig was amazing, but incredibly draining physically and I had had to book a hotel nearby at the last minute as I didn’t think I’d make it home.

It was on my way home the next morning that my husband called and said a letter had arrived from the hospital.

He said he hadn’t told me because he was scared how I would react.

– They said it was an admin error that caused my surgery to be cancelled.

– They said the colorectal consultant’s secretary had phoned Uro-Gynaecology about whether he was needed for my surgery. Uro-Gynae said it wasn’t their department, it was Benign-Gynnae. So the secretary assumed he wasn’t needed and cancelled him from my op…

– Yes, it seems she didn’t think to phone Benign-Gynae and ask them. Nor did she phone admissions (the only department, apparently, that actually knows what’s going on).

Yesterday I finished writing a 5 page report stating everything that has happened since my first trip to the GP, back in March 2017.

Most importantly I pointed out that I had a letter saying my Gynae Consultant had had a meeting with the Colorectal Team.

They had looked at my MRI scans together.

They had discussed the surgery they would do together.

The Colorectal team then arranged an appointment for me to attend their clinic.

I attended this clinic in June.

I was talked through exactly what they were going to do.

We talked about the possibility of a stoma.

They asked me to arrange to stay in Manchester for 2 weeks after surgery to be sure of no complications.

On the day of my operation I met the Colorectal Registrar. He talked me through the surgery that my Consultant was going to do. He filled in all the consent forms with me. I signed them.

At  WHAT  FUCKING  POINT  did the Consultants secretary cancel my surgeon because she thought he wasn’t needed?!

Maybe I’ll never know the answer to this question.

It’s taken quite some time to process this.

But I’ve used the time wisely and am now almost ready to start selling prints.

If you are interested in any of these pictures seen here do please get in touch, I know it’s only September, but the next few months will pass fast and it’s good to get organised early! *inserts suitable emoji*

Or if you see something on my Instagram Page that takes your fancy, let me know, I may be able to sort you out something. 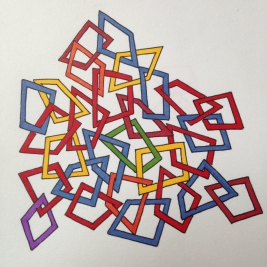 Three weeks have passed since the hospital told me.

But there was no mention of a new date.

Not a murmur, even after prompting.

4 thoughts on “Just an administrative error”